I need a place for Mom – Now What?

The growing awareness that your senior parent is no longer able to live safely and independently alone without outside support is an emotional experience. The ensuing heaviness is compounded if you are one of the tens of millions of American adults, between the ages of...

Why choose a Home Care Company over a Private Caregiver

A few years ago I attended my niece’s graduation ceremony where I had the pleasure to watch Lou Holtz speak! I was completely enamored and absorbed by his words, not to mention his passion. He said two things in particular that I wrote down that... Northaven Senior Living, located in the Northgate neighborhood across from the Post Office, is a friendly place. The all glass entrance to Northaven Independent Living opens into a modest and comfortable common space. Northaven Assisted Living is tucked safely behind the main building. It too opens into a comfortable common space where I found two ladies dozing and one anxious to engage me as I waited to talk with Assisted Living Director, Mary Quarterman, and Foundation Director, Bill Dorn. I enjoyed sitting in the safe, unpretentious and welcoming atmosphere.  I never imagined it was on the front lines of Seattle's "quiet crisis."
11 May, 2015

Liz Mulligan: From With A Little Help to Fighting Elder Fraud Liz Mulligan[/caption] Liz Mulligan first witnessed elder fraud while working with a client of With A Little Help. Since tracking down over $200,000 stolen by the client's bookkeeper she's gone on to establish a full time fraud fighting business: Fraud Resolution for seniors, LLC. "I was so gratified to help someone straighten out finances," she said reflecting on that first experience. Liz sat down with us to talk about the most frequent fraud problem she sees and to share thoughts on how to protect the elders in your life from financial harm. Charitable holidays bring out our urge to help. Sensational fraud cases make headline news but the dishonest nickel and dime charities that appeal to our giving spirit are the most frequent fraud problem facing elders. Many elders or casual donors don't track these small contributions nor do they research the charities they benefit and that's what small time fraudulent operators count on! "One year a client donated $9,000 in $10 and $15 dollar donations," Mulligan recalled.
20 December, 2014

Watching members of our families struggle to function at home either because of illness or aging can cause stress and worry because, unfortunately, houses have been built with only healthy residents in mind. Today the concepts of Aging in Place and Universal Design are revolutionizing the way we build and adapt our houses adding features that are flexible with our changing needs. [caption id="" align="alignleft" width="154"] 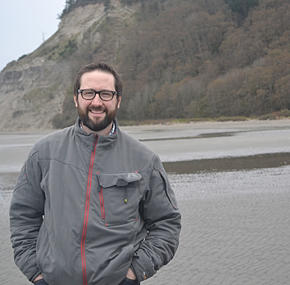 “Something really exciting is emerging in the aging community,” NEST (North East Seattle Together) executive director, Judy Kinney said, brightening as she described NEST’s services for people aging in place and Seattle’s broader network of innovative aging support programs. “People in NEST are laying a path [for aging services] with the idea ‘let’s do this differently-something with a creative bent,’ she explained. NEST and the PNA Village, a similar program run by the Phinney Neighborhood Association, draw resources and modeling from a national movement of virtual retirement villages. NEST and PNA Village, like villages in communities across the nation, charge a modest annual fee in exchange for providing volunteer help with practical household needs, trusted professional referrals, and life enrichment activities that bond members.
07 March, 2014